You are here: Home1 / Our Corporation2 / Building History

A small glimpse at the history of our building. 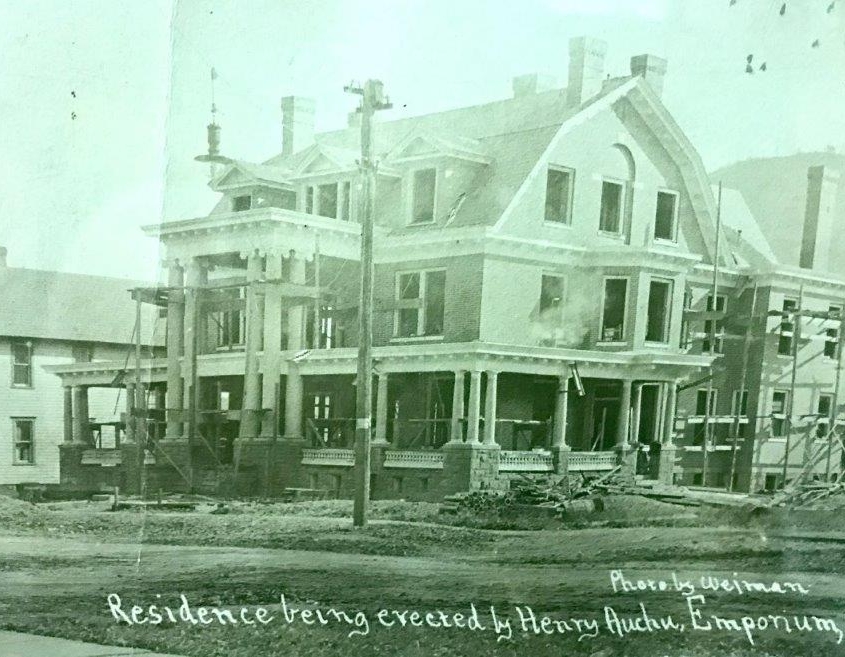 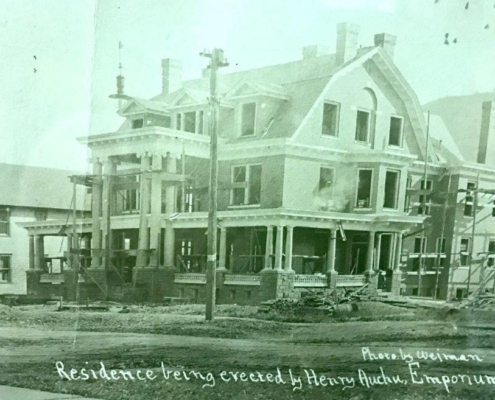 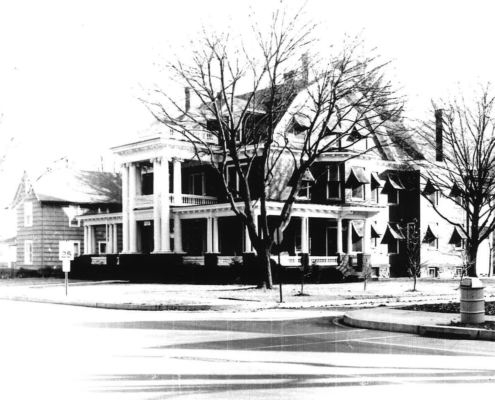 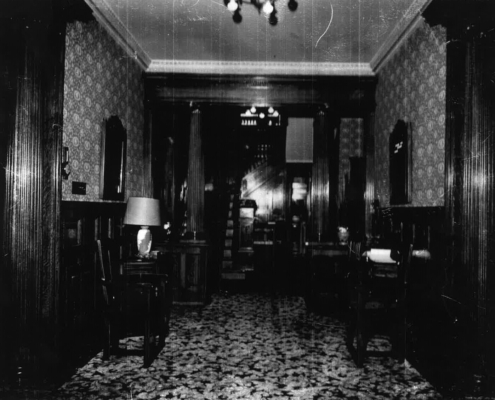 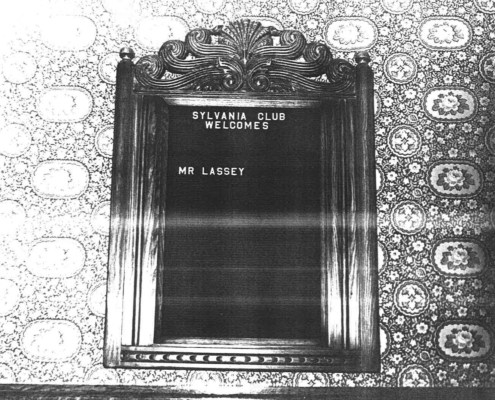 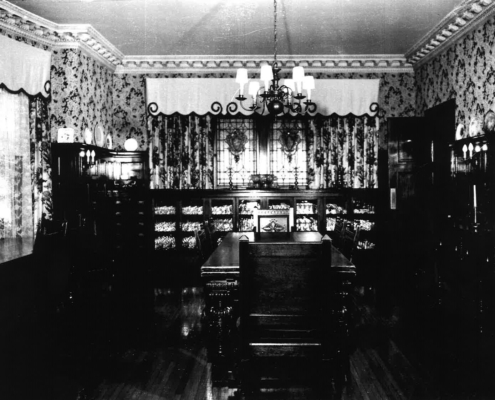 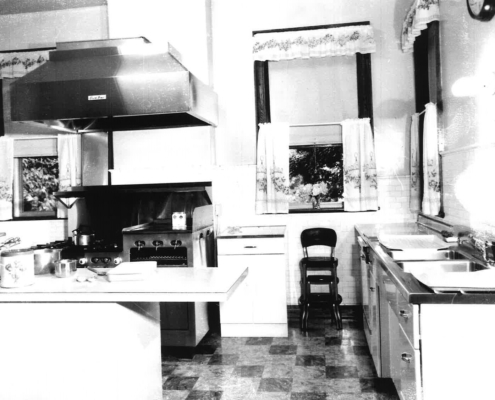 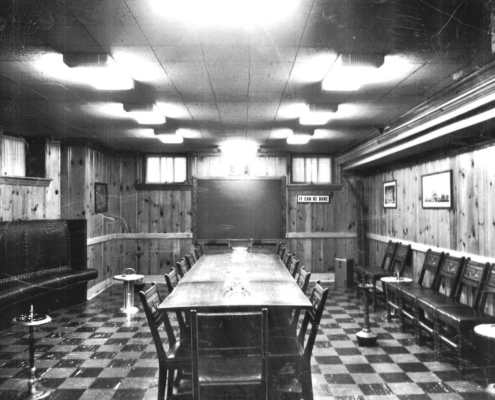 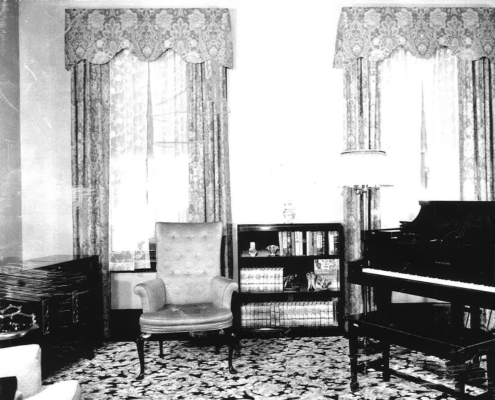 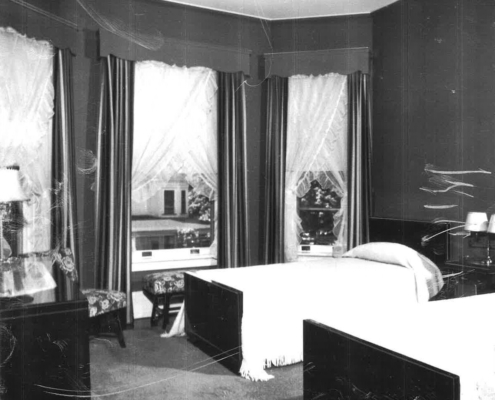 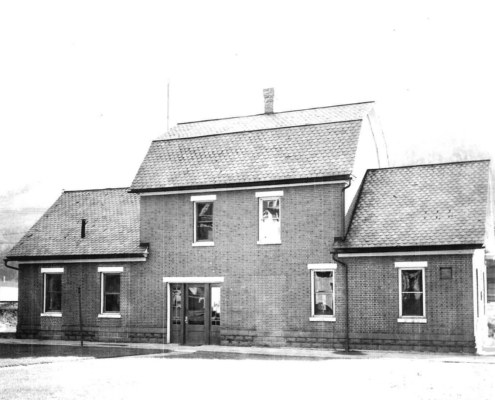 The building that houses our offices has a rich history that represents the fulfillment of a dream of one man and the founding ideal of two other men.  Constructed in 1906 at a cost of $120,000 as a symbol of the success of an immigrant lumber baron, the mansion was purchase in 1929 by Mr. Ben G. Erskine and Mr. Guy S. Felt of Sylvania Products Company.

Mr. Henry Auchu, a French-Canadian by birth, came to the United States with the determination of passing up towns with steeples for smokestacks.  Mr. Auchu, a millwright by trade, made his first stop in Benezette, PA where he worked as a lumberman.  He operated a lathe mill in Williamsport and later on set up a saw mill in Emporium, in partnership with Josiah Howard.  Mr. Auchu’s local business ventures a legendary, but never gave up his grassroots attitude even after becoming the owner of the Watsontown Brick Company, President of the Emporium and Rich Valley Railroad and Cameron County Judge.  Hos single expression of affluence is the largest most complete mansion in many counties and was the center of social and political life of Cameron County for more than 20 years.  In 1906 Emporium was a typical American community, proud of its industry, hospitality and location with a population of 2000.

The construction of this stately manor was started at the location which was within a short walk of the Auchu sawmill which later became the site of Sylvania Plants one and two in view of the mill pond which is the parking lot at the Sylvania building. This was the year of the first Cameron County Fair and the founding of the Lamp Industry in Emporium, when the C.B. Howard Company interests purchased the Novelty Incandescent Lamp Co. of St. Marys and moved its operations into a newly erected building near Third and Poplar Streets.

The architects were Detrich and Lawade of Williamsport, and Joseph Laravie Contractor was retained on a cost-plus basis and later built a duplicate of the Auchu mansion in Williamsport.  Natural wood for construction came from Williamsport and brick from Bradford.  A Belgium and an Austrian did the interior decorating.  Most of the rooms were lined with canvas upon which these two artists painted scenes in oils.  Electricity throughout the building (an innovation at the turn of the century) was generated by a gas engine located in what was later used as the Sylvania Club Conference Room.  There was running water throughout the house supplied from a clear cool well in the yard.  Intricate designs in plaster, marble sinks, tiled walls and floors, characteristic of wealthy homes of the times have been carefully preserved.

Although the building was sold to Sylvania by his estate, it still houses the memory of successful pioneers and its inherent hospitability has been enjoyed by governors, generals, admirals, representatives of foreign countries and others who have been guests there.  The building’s history continued when, in 1930, the president of Sylvania Products Company, Bernard G. Erskine, bought the house as lodging for customers visiting his plant and called it the Sylvania Club.  In 1972 the property including the main building and what is known as the carriage house were donated to Northern Tier Community Action Corporation and for a period of time was used for a “congregate housing program” group home, before housing the main offices for this agency.